The history of crafting and using Chinese furniture began during the first millennium AD when some Chinese decided they would be more comfortable sitting on chairs instead of squatting on the floor. Before this time, the Chinese usually conducted their lives and their business at floor level, as many Asian cultures did and some still do today.

Westerners may have used furniture before the Chinese, but once the Chinese cabinetmakers began crafting cabinets, chairs and tables they learned their craft and the intricacies of furniture making quickly. They learned to construct superbly designed and proportioned pieces without using nails, and with only a minimal use of dowels and glue. One of their greatest accomplishments are the Chinese furniture cabinets.

The architecture of a traditional Chinese home made no allowances for built-in closets. Closets are a Western innovation, and are still a rarity in Chinese societies from Hong Kong to Taipei to Beijing. Also, the Western concept of an armoire or a wardrobe cabinet did not exist in the Ming Dynasty China, as the Chinese would never hang clothes vertically inside a cupboard. Instead clothes and bed linens were laid flat inside a chest or cabinet, or hung on wooden racks. Dynastic robes were folded and stacked horizontally, rather than vertically on hangers,

The Chinese made cabinets in many varieties because they wanted and valued versatility, so cabinets became the primary storage facilities within a household. 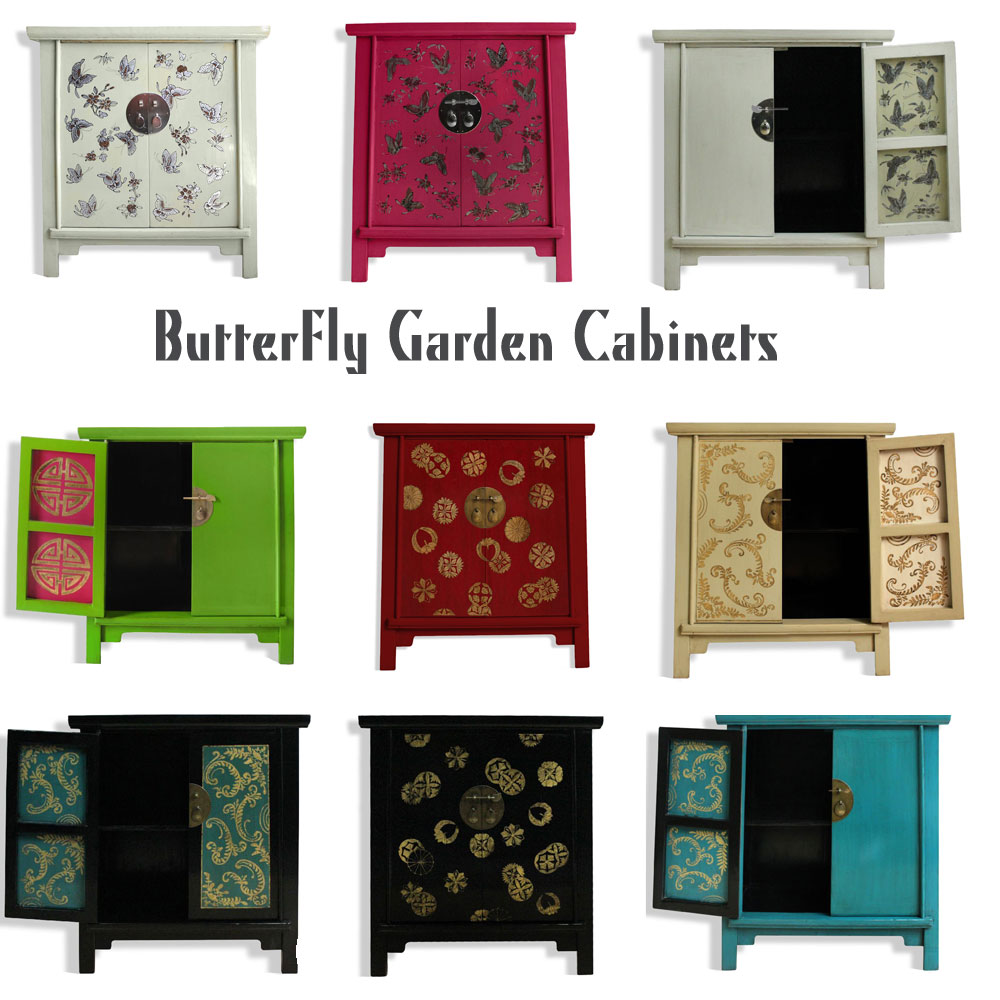 Large cabinets were used to store just about anything the master or mistress of a household wanted to keep secure and out of sight. Today, Westerners have kept pace with this Chinese notion of versatility by using cabinets as entertainment centers.

Precious objects such as a porcelain vase or a root wood brush pot might be stored in a cabinet when not on display or being used. Cabinets were also used in the study to store books and writing implements, and in the kitchen for food and cooking utensils. Similarly, paintings were rolled up for storage in cabinets. These cabinets were usually located in the women's quarters or in reception rooms where official robes were kept. Such cabinets remain eminently functional and are much admired and sought after for their elegant shapes and ornamentation. The best examples combine the natural beauty of the wood grain with the design and degree of ornamentation.

There are two main styles of large Chinese cabinets, their names derived from their contours: the square-corner cabinet and the round-corner cabinet (also known as the tapered or sloping-style, wood-hinged cabinet). These types of Chinese cabinets were normally made in matching pairs, placed either side by side or symmetrically to balance the interior layout of the room or separated by a table. In practice, there are variations on this rule; which will be discussed further in this article.

One of the most popular varieties of a round-cornered cabinet is the wedding cabinet; painted red-the color of good luck and prosperity. A wedding cabinet was often the centrepiece of a bride's dowry. They are beautiful, with a large, round brass plates; sometimes with a carving etched into the perimeter or the middle of the doors. Today, a wedding cabinet works best as a decorator's piece or as an entertainment center. The traditional drawer and shelf combination that is usually across the middle of the interior, today is often lowered to the bottom to hold a TV.
Finishes on large Chinese cabinets range from natural wood stains; to painted burgundy or purple or solid red or black, sometimes with painted scenes on the doors. 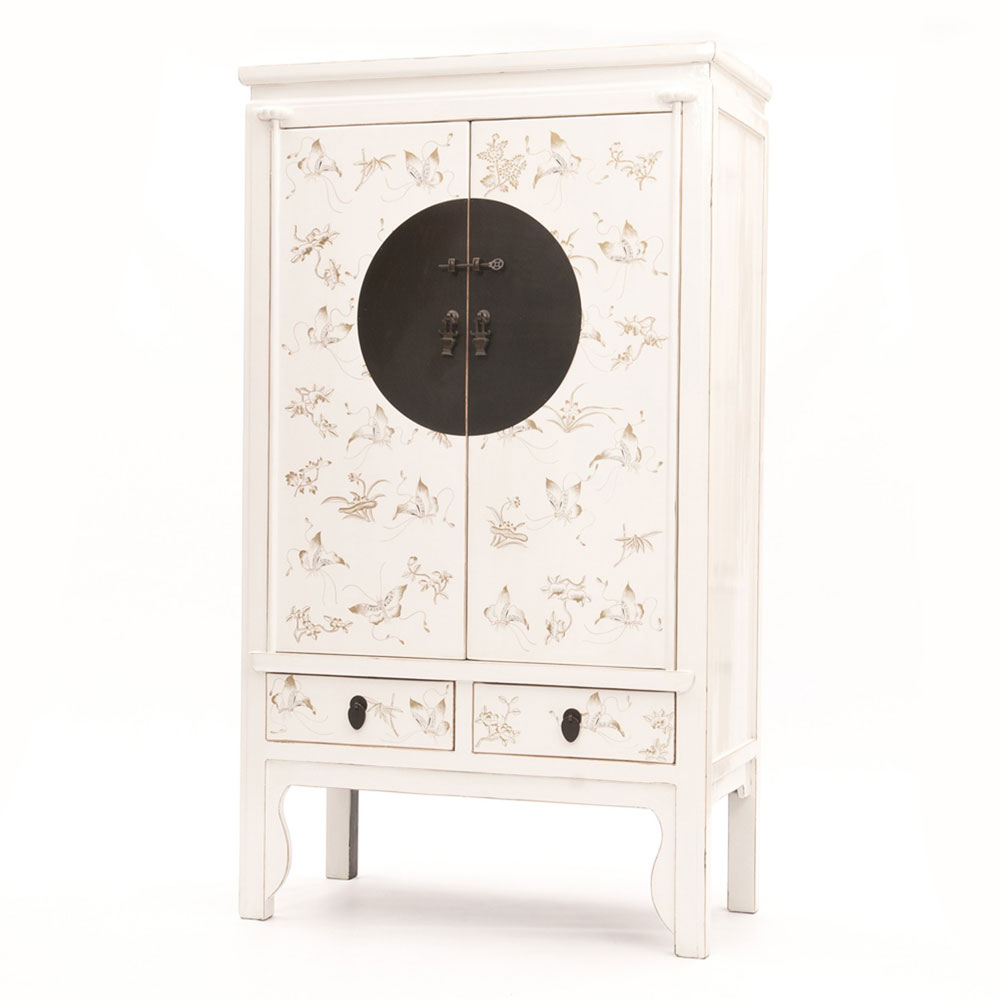